Measuring the impact of misinformation amidst the pandemic (pt. 2)

This is the second post on some ideas about how one could possibly study the impact of misinformation on the ongoing COVID-19 pandemic. To be quite fair, I think that the overarching theme of this post and the previous one is to talk about causality and experimentation and techniques on how to “simulate” experiment with observational data.

Previously, we discussed some of the troubles associated with performing misinformation-related experiments. Here we turn to the observational approach, that is, where the data generation process was not carefully devised by the researcher. As this post deals with a very serious subject, it is worth a disclaimer: I am not a doctor or an epidemiologist, I am a Ph.D. student in computer science who works with social networks and observational studies. I know about causality and statistics but not about the medicine, virology, or public health. The only project I was ever involved in health only served to make me realize how ignorant I am. What I’m writing here is more of a series of incomplete thoughts than a rigorous research direction.

In this approach, a big advantage is that we would be able to track misinformation “in the wild”, that is, one could pre-select a large fraction of posts that are known to be false, and in our specific case, that downplay the risk of the pandemic, or the benefits of social distancing. Then, the second and perhaps more difficult step would be to link this data with the real world. That is, we would have to link this data to individuals (and then find who contracted the virus). Alternatively, one could link this data to geographical regions (for which we have aggregated statistics).

Once we had this data, we would need to make sure that we are really examining the influence of misinformation in the pandemic, and control for possible confounders. Let’s say, for example, that we are performing that study on Twitter in the Brazilian context. That is, we measure retweets on fake facts and miraculously are able to find a large number of geo-tagged users that were exposed to misinformation. We would then have two maps, one collected by public health authorities on the evolution of the disease and another collected by us, showing how fake news circulated on Twitter. 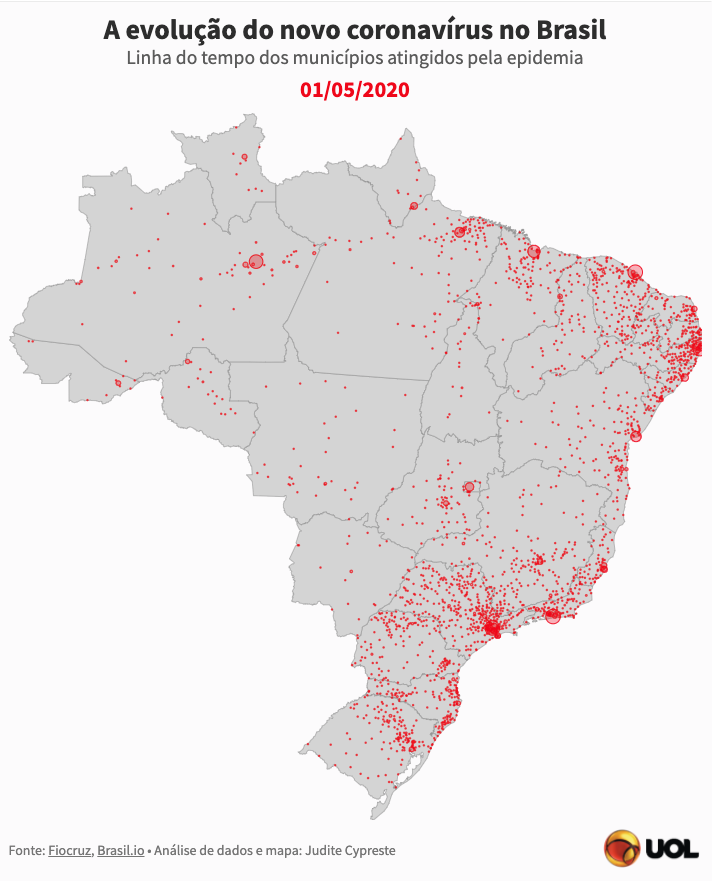 The question now is, if we compare these two maps, what could possibly be the issues with our research? Let us assume that the data collected by the health authorities is not biased, and let’s focus for a moment in the bias present in our collected data set. Simply put, the big issue here is: “Who uses Twitter in Brazil?” Clearly, the usage is not evenly distributed across all the population. For instance, it is quite possible that users of the platform are younger, richer, and more well educated compared to the Brazilian population. Also, it is likely and that they belong to more urbanized regions of Brazil, where access to the internet is more widespread. 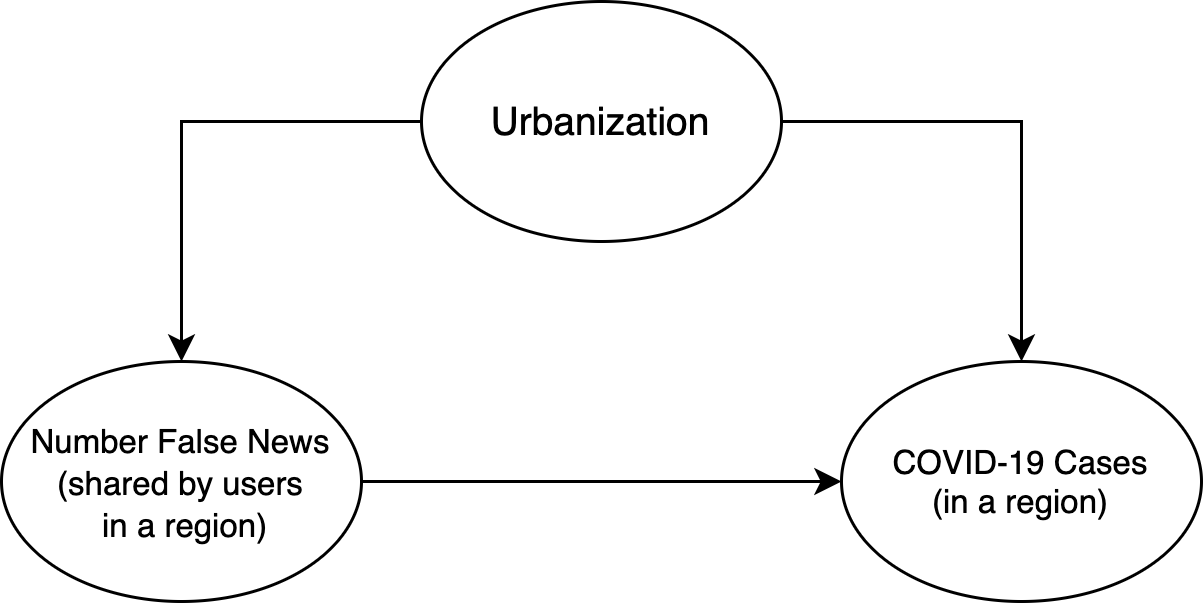 The simpler model I could come up with!

Ok, but why does this matter? Let’s consider the latest source of bias, urbanization. It could very well be that the most urbanized regions are the ones with the highest incidence of the disease (since, as a pandemic, population density is likely to play a role). If we try to model this (on the geographical level) with a causal graph (see below), this means that urbanization may influence both “engage with misinformation” and “number of COVID-19 infections”:

Thus, if we naively measure a “region’s engagement with misinformation on Twitter” and correlate it with the “number of COVID-19 infections”, we may in fact be measuring observe strong correlation in highly urbanized regions and low correlation in more rural areas. This means that any analysis performed would have to control for this confounder (and many others).

Other problems worth mentioning here include:

Given these issues, some advice for the hypothetical researcher doing this research would be:

Overall, this discussion illustrates quite nicely why it is hard to come up with nice observational analyses! It is a constant exercise of trying to come up with a model, criticizing this model, and then trying to find a way to “dodge the bullet” and cleverly escape the issues you identified. After writing quite a bit about it, I frankly do not know if it is possible to come up with a good analysis of the impact of misinformation with the data that is available (or at least the data I assume is available).